This review is written by Desmond Chow

Desmond Chow graduated with Honours from the Nanyang Academy of Fine Arts (NAFA) in his Bachelor of Music course. His teachers include Ma Yue and Tang Xiaoping from the Singapore Symphony Orchestra.

Desmond is currently a member of The Philharmonic Winds, Metropolitan Festival Orchestra and Clarinet Concord. He has freelanced with the Singapore Symphony Orchestra, National Symphony Orchestra of Malaysia and the Singapore Lyric Opera Orchestra. He is a highly sought after performer in musicals and has been involved in the productions of Cabaret (2006), The Phantom of the Opera (2007, 2013), My Fair Lady (2014), The Sound of Music (2015) and The LKY Musical (2016) to name a few. He has also performed with international singers Aska (2008), Andrea Bocelli (2010), Russell Watson (2010), Katherine Jenkins (2011) and Sarah Brightman (2012).

Desmond is an active chamber musician performing on Clarinet, Bass Clarinet and Baritone Saxophone and also an experienced music educator. 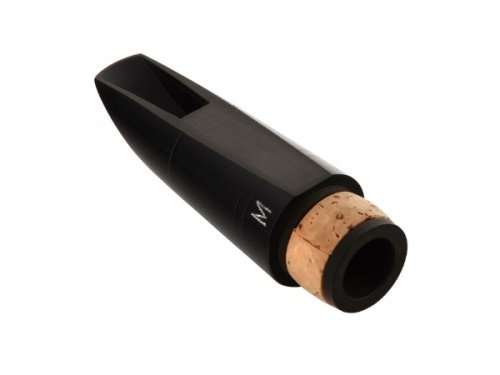 I was first introduced to Nick mouthpieces by a friend Vincent Goh, where he asked me to try the Nick Solist M mouthpiece which I took to a liking almost immediately. Shortly after, I made an order from Nick Kuckmeier for 1 piece.

My first try was with the Vandoren V12 3.5 reeds and I was amazed how well the reeds worked with the mouthpiece. The mouthpiece played naturally with a very warm and resonant sound but I did notice that the intonation was lower, which was an easy fix as I had a shorter barrel which I used together with the Solist M. Perhaps this is one point that players might want to take note before purchasing.

Intonation on the mouthpiece seems better for the twelfth as it was closer and more accurate. Articulation was slightly easier but I did feel there was a slight resistance to the mouthpiece compared to the previous mouthpiece I used which was the Vandoren M30.

The mouthpieces were then made available through our local music shop MusicGear which I went down to try them out. Somehow it was difficult to find a similar piece to the one I used but I did pick one eventually which was the closest that I could find.

In general, it varies quite a bit from one mouthpiece to another, but I guess this could be a good thing for individuals who want to find a mouthpiece that suits their personal playing style. It is however difficult to find a similar one as a spare, because they are after all, hand-finished mouthpieces.

Apart from the Solist M mouthpiece, I also tried other models such as the Playeasy B1, B2 and B3. I personally prefer the B2 which my teacher picked for himself but there wasn’t another one to my liking. By the way, the Legere Signature reeds which Nick adjusted himself sell and work really well with these mouthpieces. It is quite a remarkable combo I must admit.

In conclusion, I would recommend these mouthpieces to anyone who is serious in finding a particular sound for themselves.

Nick Kückmeier founded PLAYNICK to support the sounds, colors and possibilities for the Clarinet instrument by producing mouthpieces fully automatically out of any material and in any form. He hopes to raise the attraction and learning progress among young musicians, and to help professional artists in finding new forms of expression.

Playnick mouthpieces are available from both The Band World and MusicGear.