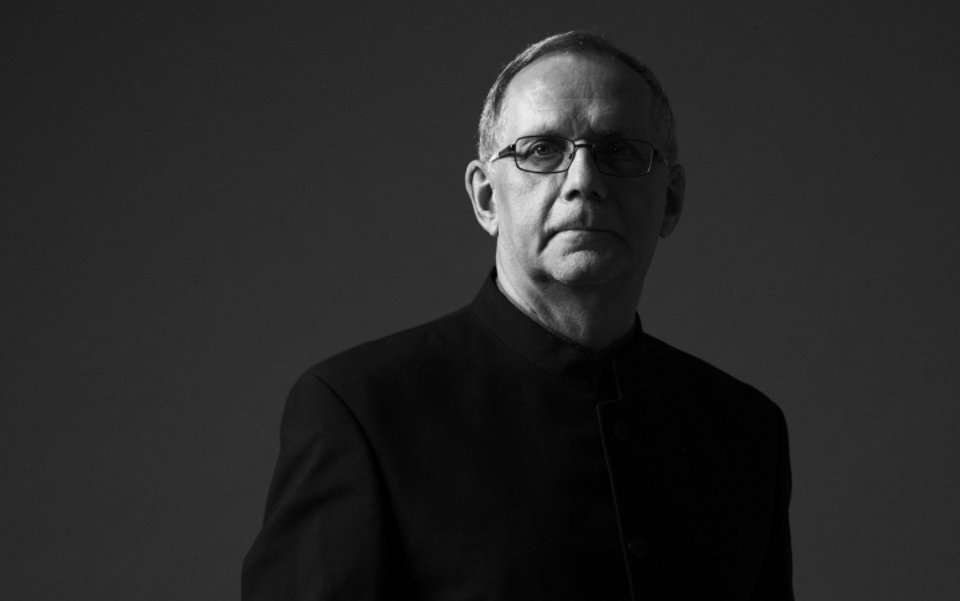 Noted for his concert band and brass band music, Philip Sparke is a British composer and musician. His early major works include Jubilee Overture (1984) and Year of the Dragon (1985) for wind band, and Music for a Festival (1985) for brass band. He has won the EBU New Music for Band Competition three times, including in 1986 with a commission from the BBC called Orient Express. Since May 2000, his music has been published under his own label Anglo Music Press, and distributed by Hal Leonard.

The Band Post interviews him on his composing career, his works and opinions about the interpretation of his music.

TBP: Could you tell us about your musical background and influences?

PS: I studied composition, piano and trumpet at the Royal College of Music, London. I had no background in bands, but came across wind bands and brass bands during my time at the College. I think I have been influenced by music of all sorts from Bach to the Beatles!

TBP: When did you start writing for brass and wind band contexts?

PS: My first band works were for wind band as my composition tutor conducted the wind band at the Royal College of Music. I discovered brass bands a little later and wrote a lot for them before then concentrating on wind bands again.

TBP: You have written as many as 100 works. Is a challenge to be constantly seeking for new ideas? What other challenges do you have when writing new works?

PS: The thing about composers is that they get older! Composition is a reflection of your life experience as well as improving your craft. So as composers mature, their approach to music changes with them, so finding new ideas is perhaps not as much of a challenge as it looks. People always change and develop and their music is a reflection of this.

TBP: What is your method of composing?

PS: I use a computer to write music, and always complete the entire piece from beginning to end before moving to the next one.

TBP: What is a typical work week like for you? Is it mostly spent on writing music?

PS: Yes, writing is a full-time job for me and I’m lucky to have plenty of commissions to keep me busy. I have a normal working day of 9-5 which I will spend writing, proofing and editing parts etc.

TBP: “Year of the Dragon”, originally written for brass band in 1984, and later transcribed for wind band was thought by many musicians to be one of your finest works. What do you have to say about that?

PS: Well, I would question the term ‘finest’. People often say ‘this is his best work’ when they mean ‘this is the work I like best’. This piece was written 33 years ago and my composing has developed a lot since then, so I’ve definitely written works that are better orchestrated, better balanced and have more emotional depth in that time. At least, I would hope so!

TBP: What about your other compositions such as Dance Movements and Music of the Spheres? Will you say that most of your works are styled to showcase a band’s technicality and virtuosity?

PS: Not at all. I want music to be exciting and appealing. If that needs lots of notes or only a few, I would hope I do both!

TBP: Would you say you have several favourite works of your own? What are they, and why?

PS: Music of the Spheres is my most complete work, I feel. It has a real emotional journey. And there’s a piece called Moving Heaven and Earth, which I am very fond of, as I feel it is very tightly constructed and perfect in proportion.

TBP: What is your opinion regarding the performance of your works? Should band directors strictly follow what the composer wants, or have their own interpretations?

PS: I see it as a composer’s job to make his wishes as clear as possible by creating a score which is as comprehensive as possible. Even then standard notation can only (in my estimation) indicate about 80-90% of what constitutes a musical performance, so it’s up to the conductor to bring the music off the page. Yes, study and follow the score as closely as possible, but then add your own musical personality. Listening to recordings can be a help and a hindrance. Even the best recordings often miss vital points in performance. Use your own eyes to see what the composer is telling you in the score.

TBP: Lastly, what are some new projects you are working on? Would you be interested to visit the Asia region someday, and of course to Singapore

PS: I am busy with various commissions for individual bands as well as some instrumental books for exam boards. Of course, I always enjoy coming to Asia and would hope to visit Singapore again in the future.