Formed in 1993 with the support of the People’s Association and Bukit Batok Community Club, West Winds was started with the vision to create a place where musicians in Singapore can gather for the love of band music.

Led by resident conductor ME5 Philip Tng, West Winds aims to bring music to the community by promoting an awareness and appreciation of band music.

The band has embarked on many projects, such as its annual concert series entitled “West Winds in Concert”, a school outreach programme “West Winds Community Series”, where her musicians would visit a school and share their love and knowledge of music with the younger musicians before working on a joint performance; and a regular collaboration with Esplanade in their “Beautiful Sunday” series to offer members of the public the opportunity to enjoy free musical performances.

Besides its local involvement, West Winds has also achieved recognition on the international stage when she was selected to perform at the World Association of Symphonic Bands and Ensembles (WASBE) Conference held in Singapore in 2005. On top of this honour, West Winds has also had the privilege to work with world renown band composers and conductors such as Eric Whitacre, Jacob de Haan, Virginia Allen and Yasuhide Ito.

The Band Post speaks to the executive committee to explore West Winds’s purpose to serve the community after all these years, which is based on the aspects of friendship, community and music-making. 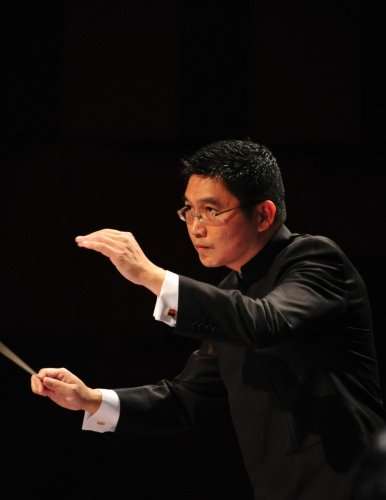 West Winds has come a long way from its forming in 1993, how do you think the band has transformed itself to become a premiere community band in Singapore?

Well, we are extremely humbled to be labelled as a premiere community band in Singapore. We have always believed in these three factors, Friendship, Community and Music-Making.

Since our formation in 1993, we have been dedicating ourselves to these three factors and I guess that’s what makes us who we are today.

Of course all these would not have been possible without the support of our family of musicians, a very supportive community club and our sponsors; a dedicated team who constantly pushes West Winds to be at her best!

How does West Winds ensure the performing standards of its players keeps up to the music it plans to work on?

For this, I have to say that we are blessed with a group of dedicated and hardworking musicians!

In addition, the section leaders arrange for sectionals whenever necessary and we usually review how we did after each rehearsals (within our sections) to remind ourselves and ensure that we do not repeat the same musical mistake. Commitment to weekly rehearsals helped a lot in ensuring that we are familiar with the music too!

Since we are quite active, most of our members commit to projects after projects, so I guess you can say that with regular performances, the group gets to work on our ensemble playing and individual technical abilities more and that’s what ensures that our players keeps up to the music.

As a community band with everyone in voluntary positions, how does the band handles common band issues such as attendance and administration?

With gusto, dedication, creativity and lots of planning!

We have been most fortunate to have a supportive community club that ensures that rehearsal spaces and funds are available for the band, dedicated members who help to organise the projects and performances, and a committed, patient and understanding Band Director who deals with the nuances of a community band. We’d be lying if we say that we have addressed attendance issues. Members have multiple demands, be it school, work or family commitments. Then there are those who love the challenge of performing with multiple groups.

With our rehearsals on weekends, it can become a conundrum for members. So it boils down to advance planning and notice of rehearsal dates and performances, so that members can plan their time with these in mind. Break time is also taken into consideration in our planning, to allow members time to attend to their other commitments.

Combined with responsible members who inform in advance if they are unable to commit, it alleviates some of the attendance issues.

In recent years, the band embarked on major projects such as collaborations with guest conductors and soloists in concerts as well as “The Enchanted World Of Hayao Miyazaki” in 2014, is this a direction that the band is heading towards?

Esplanade, Theatres on the Bay has been instrumental in pushing West Winds towards being bolder with her projects. They have encouraged us to expand our programming and be creative in our collaborations. For this, we are forever grateful to them. The band has certainly benefited from working with the various guest artists; it also adds variety (and challenges) for the members.

For instance, we have been most fortunate to work with Mr Ito Yasuhide on many occasions and even collaborated with his University – Senzoku Gakuen College Music both in Singapore and Japan. We are also fortunate to have worked with William V Johnson, Virginia Allen, Prateep Suphanrojn etc.

We would love to carry on with such projects in the near future, if funds permit.

The biggest event of this year so far will be the James Swearingen’s tour and concert in Singapore, organized by West Winds itself; how excited are the members in hosting him and being part of the event?

It is beyond excitement. It is an honour for us to finally meet and play under the man, whose music has been the foundation for many bands in Singapore.

These weeks of rehearsing his music brought back feelings of nostalgia and amazement that we could recall the things that we were thought then by his music.

We hope he enjoys his stay in Singapore and perhaps be inspired to write something about this visit?

What do you think the milestone will mean for the band scene, and will we be seeing more of such ideas in the future?

In recent years, the frequency of visits by guest artistes have been increasing, be it under the invitation of professional bodies like BDAS or WBAS, or by invitation from other bands like PhilWinds and SWS, etc.

All in all, the local band scene has benefited from these visits and plenty of learning opportunities have been made available to band members.

We believe that there are still plenty that we could learn from these collaborations with the overseas artists, so yes, there are plans to continue with such projects in the coming years.

In the year to come, what are some of the projects planned?

October 2016 marks the 20th year that our Band Director ME5 Philip Tng has been with West Winds. He has been instrumental in shaping West Winds into what she is today. To celebrate this milestone, we would be holding a concert at the Victoria Concert Hall on 3rd December 2016.

Further down the road, West Winds will continue planning for projects that are in line with our three tenets of Friendship, Community and Music. Another of West Winds’ project with Esplanade

Through our Community Series, we will be heading down to a school to rehearse and conduct sectionals. These sessions will culminate in a combined performance at the Community Club for the residents of Bukit Batok. The students stand to benefit from exposure from the performance and the interaction with our more experienced musicians.

For self-improvement, we have been inviting many composers and conductors to guest conduct the band since our Composer Series began with Mr Eric Whitacre in 2002.

We definitely look forward to continue working with composers and conductors, both local and international, in the near future.