The Art of Solo Percussion

Emmanuel Séjourné is a celebrated French composer, pianist, and percussion artist. His music is rhythmic, romantic, energetic, and is inspired by both the Western classical tradition as well as popular culture (jazz and rock). 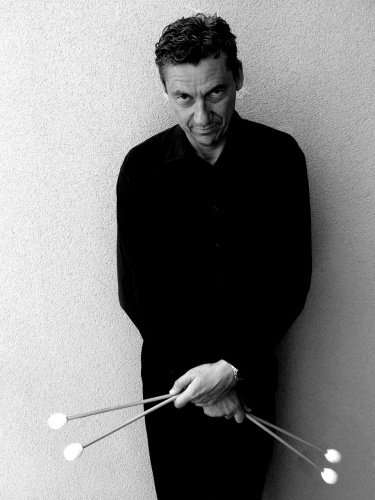 Together with saxophonist Philippe Geiss, Emmanuel Séjourné founded the ensemble Noco Music.  As a soloist, as well as with the ensemble Accroche-Note, he has premiered over one hundred pieces of music including concertos, chamber music, and solos.

Eager to share and communicate his passion, Séjourné is Head Teacher of the percussion department at the Strasbourg Conservatory (France) and is the author of a vibraphone method book published by Editions Leduc as well as several percussion pieces published by Edition Lemoine, Honeyrock, Combre, Zimmerman, and Alfonce Percussions.  He was nominated Pedagogic Adviser to the French Ministry of Cultural Affairs and has given several master classes at major conservatories across Europe, Asia, and America.

Emmanuel is in Singapore currently to collaborate with the Yong Siew Toh Conservatory of Music (YSTCM) Percussion Ensemble in a concert that explores the exotic world of solo percussion. Headlined by Emmanuel himself, the concert presents a stunning lineup of six different soloists on marimba, vibraphone, timpani, snare drum, drum set and more.

The Band Post speaks to Emmanuel in an exclusive pre-concert interview to find out more about his career and tips for young percussionists in Singapore (see the video above).

[blockquote author=”” ]I work a lot with students from different countries. I like that because they have a lot of energy and they want to work. They are not passive but they want to be active. It is an exchange; an exchange of questions and answers, and that is really good.[/blockquote]

Catch the YSTCM Percussion Ensemble with Emmanuel Séjourné on 10 March 2016 at the Conservatory Hall. More details below!