Since primary 6, Ong Jiin Joo has already been arranging music. He wrote and gave most of his music away, but ever since the request has risen multifold, he decided to at least account for his time taken.

Thus, in 2007, he founded Useful Music (UM), a platform for music arrangement and publishing services. 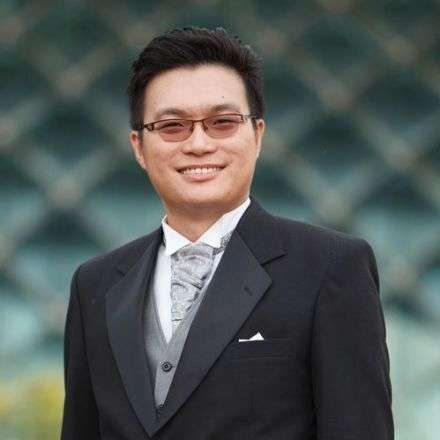 “Band music plays a very important role in our society today. We accompany the school to sing the national anthem and school song. We put the pomp into any school, community or national functions, from school orientations right up to the SAF band promoting local culture in overseas tattoos. We rise to be the organ for any mass congregation of people… So while we further the art of the band music playing in Singapore and in fact anywhere in Asia, we should not forget to engage the community that supports this kind of music playing, but giving back to them the music that they long for, the music that identifies their own community, and the music that creates a stronger bond between the musician and the audience. That is what UM strives to achieve,” said Jiin Joo.

“Because we have performed ourselves into a niche, the music that are composed for this genre hardly gets to the public,” Jiin Joo reflected.

“But for arrangements, that’s different. Many musicians adapt popular music for their own group regularly – think your wedding band singing the same love songs over and over. Thus, extending it to the band genre shouldn’t come as a surprise. I personally grew up in the excellent arrangements of my school seniors of those cantonese pop songs in the 70s and 80s, which the school and local community will sing along happily,” he continued.

What makes these arrangements unique is the ability to write something that was originally meant for a 4 piece band for a 30+ part symphonic band, where a familiar song can be expanded into a masterwork of orchestral beauty, due to the many more instruments and colours to choose from.

“By producing high quality, well-orchestrated, sufficiently seasoned and meaningful arrangements, UM wants to set the new bar for music coming out of the wind band movement, even when we are playing popular tunes. Hopefully through this, public perception of wind band might change and they would be more interested in its other arrangements or compositions,” he mentioned.

When it comes to writing the functional works, Jiin Joo finds that the biggest obstacle boils down to rights.

“The pop music industry has little to no patience with band music due to the niche that we have carved for ourselves. Fortunately, as long as scores are not published, the broadcasting side of things has already figured their way to collecting royalties, while foreign disrupters like YouTube made it much easier to proliferate new arrangements. Unfortunately, the journey for us to make our local arrangements available world-wide is still being worked on,” lamented Jiin Joo.

“The second biggest obstacle though, is the mass adaptation and marketing of prewritten music for band from a few very productive publishers overseas. For example, even before the movie ‘Frozen’ is out, music shops are already inundated with copies of ‘Let It Go’ orchestrated for all common instrumentation. Although we see this as the competition we need to address head on, we are still in nascent stages in helping local publishers up their game,” he continued.

Jiin Joo then further explained how an ensemble can get their music written and performed for an occasion through UM.

“Buy ready made scores. There are probably ready made arrangements for most music you need, but if you face some of the common problems below, you might want to consider getting scores tailored for you.

I usually encourage someone in the ensemble to try writing music for themselves, because there’s no better person than a person performing in that group who knows everyone’s strengths and weaknesses who can write better.

Only with everything considered, and yet you still need professional help, you approach one of our arrangers to discuss what you need, and provide a timeline and budget for us to work with. Again similar to tailoring, they might come down to your school to have a listen to your group’s capabilities, try out some ideas, before jumping in to write. Complex projects will first involve creating a proposal for approval.”

Jiin Joo then said, “The creative process takes time. Arrangers work with more constraints than a composer. Some arrangers will release drafts for the band to try, and then make edits, but that takes even more time. I’ve done projects where I’ve completed full length pieces only to discover that the piece wasn’t required. Communicate with your arranger as often as you can. Scores are then made into parts for rehearsals just like ready made scores. If needed, it’s sometimes good to get the arranger to come sit into the rehearsal to fine tune the required results. Some projects are extensive enough that the arranger might also be involved in the training in association with the instructors and music directors.”

As Useful Music moves towards the future. they hope to build up a large corpus of work, because Jiin Joo believes that while they solve the short term need for a performing group, the works in turn becomes the large funnel that the local publishers need to look through to decide whether to invest money to buy up rights for world wide publishing.

“In the long term ahead, we hope to be going beyond music arrangements – which although forms the spirit or bread and butter of the company, we believe there are even more ways to connect audiences and performers,” he reflected.